The error of the majority rule 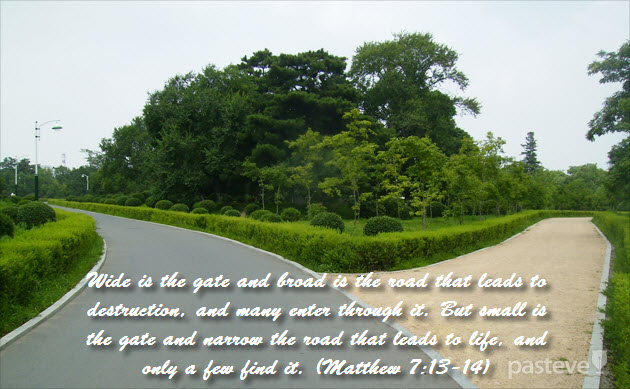 Of course, God knows the spiritual world best. Â So, we should set the Bible, which contains the Word of God, as the absolute criteria for the matters regarding the world of the spirits. We must acknowledge that only God knows the way to salvation and follow God’s Word. This should be the starting point of the faith that believes in God.

However, amazingly, many Christians of today consider that it’s right to follow the opinions of the majority of men rather than the Word of God written in the Bible. For example, God commanded us to keep the Sabbath day, but most churches celebrate Sunday and consider the church which worships on the Sabbath day as a cult. There are no verses to celebrate Christmas or to erect the crosses in the Bible. However since the majority of churches do, they judge the church that does not keep Christmas or that does not erect the crosses as a heresy.

An association cannot tell whether a church or someone is a heresy or not. In addition, it cannot be determined based on the majority rule. Heresy can be determined only based on the Bible. People tend to consider something that the majority of people follow to be right. It may be a natural custom since we are living in the world where the principal of the majority rule is common. However, God, who foresaw the current reality of the churches, said, “narrow is the road that leads to life, but broad is the road that leads to destruction.”

How foolish are those who determines a cult based on the majority rule rather than God’s Word or the Bible, which is a clear criteria, and follow the opinions of men rather than the Word of God! The way to salvation can only be found in the Bible.

NOTE: The World Mission Society Church of God (WMSCOG) believes in Christ Ahnsahnghong who brought us the Passover of the New Covenant, the tree of to give us eternal life according to the prophecy of the Bible (Hebrews 9:28.)