Those who do not know the law 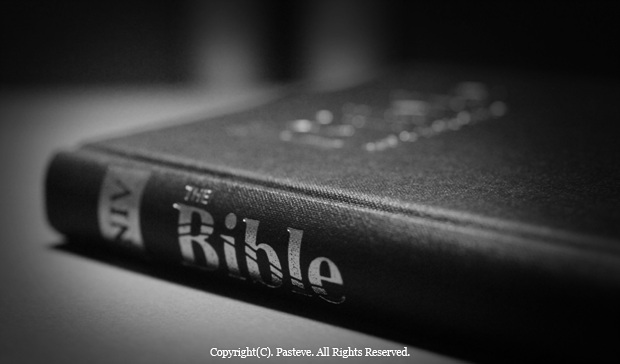 It has passed around 2,000 years since the Revised Law went into effect. However, there are people who claim that we are not required to observe any Law because we do not need to keep the old Law. To them, the old Law is only law, and they would not acknowledge the existence of the revised (new) Law. Â They are most Christians who deal with the Law of God.

They insist: “We do not need to observe any Law because the Law (or Covenant) was abolished after the Crucifixion of Jesus. We can be saved as long as we have faith.” If their claim were true and the Law had been abrogated, we would have neither needed to follow nor to know the Law any longer. Let’s look at the words of the Apostle Paul, who converted from Judaism to Christianity after the event of the Crucifixion, to find out whether their claim is true or not:

To the saints of the Church of God in Corinth, the Apostle Paul wrote that he was not “one who under the Law (the Jews)”, but “one who under Christ’s Law.” According to this, we can understand that there two Laws in the Bible: “the Law observed by the Jews” and “the Law observed by the Christians.” Actually, there are two Laws in the Bible: “the Law of Moses” that the Jews kept and “the Law of Christ” that the Apostle Paul and the Early Church members observed. For easy understanding, let’s compare how the Passover was celebrated under both Laws respectively.

Under the Law of Moses, the Jews kept the Passover by killing year-old male lambs without defect and eating the meat roasted over the fire, along with bitter herbs, and bread made without yeast on the fourteenth day of the first moth in the sacred calendar. But, the Passover under the Law of Christ should be kept by eating and drinking the bread and wine, which represents the flesh and blood of Jesus, on the fourteenth day of the first month in the sacred calendar. The methods of the two Laws are very different. Let’s look at the words of Jesus who amended the Law of Moses into the Law of Christ:

“Do not think that I have come to abolish the Law or the Prophets; I [Jesus] have not come to abolish them but to fulfill them.Â I tell you the truth, until heaven and earth disappear, not the smallest letter, not the least stroke of a pen, will by any means disappear from the Law until everything is accomplished…” (Matthew 5:17-18)

And he [Jesus] said to them, “I have eagerly desired to eat this Passover with you before I suffer…” …. In the same way, after the supper he took the cup, saying, “This cup is the new covenant in my blood, which is poured out for you…” (Luke 22:15-20)Â

Jesus did not abolish the Law, but He expressed a firm will to revise it into the Law of Christ. He even had announced the revision before He revised the Law.

“The time is coming,” declares the LORD, “when I will make a new covenant with the house of Israel and with the house of Judah.Â It will not be like the covenant I made with their forefathers when I took them by the hand to lead them out of Egypt, because they broke my covenant [the Old Covenant – Law of Moses], though I was a husband to them,” declares the LORD. (Jeremiah 31:31-32)

Since it’s written that a New Covenant would be made when the time came [when Jesus Christ, our lawgiver, came to this earth], it’s natural that God’s people should observe the New Covenant. However, does it make sense that the “so-called” prophets, who read the Code of Laws or the Bible, even do not know the fact of revision of the Law? They are really those who do not know the Law at all.

NOTE: The World Mission Society Church of God (WMSCOG) believes in Christ Ahnsahnghong who restored the Law of Christ or the New Covenant, which had appeared during the Dark Ages, according to all prophecies of the Bible (Hebrews 9:28; Isaiah 25:6-9; Revelation 22:17.)