A little here, a little there (Understanding the relationship between the Old Testament and the New Testament) 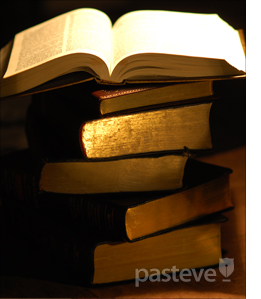 who serve [that which is] a copy and shadow of the heavenly things… (ASV) (Hebrews 8:5)

Get rid of the old yeast that you may be a new batch without yeast–as you really are. For Christ, our Passover lamb, has been sacrificed. (1 Corinthians 5:7)

In the above verse, Christ is represented by the Passover lamb. It means that we need to find out the relevant verse(s) about the Passover lamb in the Old Testament in order to understand Christ.

About the Resurrection of Jesus, it’s written that Christ became the firstfruits of those who have died. So we ought to study about the Day of Firstfruits, one of the feasts of the Old Testament. Christ Ahnsahnghong, who established the World Mission Society Church of GodÂ (WMSCOG), unveiled the secrets and blessings of the Work of Christ Redemption contained in the New Covenant by revealing such profound and deep principle of the Old Testament and the New Testament hidden in the Bible.

However, some churches read the New Testament only. They insist that they do not need to read the Old Testament because the the time of the Old Testament ended. Even some criticize the World Mission Society Church of God, saying that the Church of God cobbles together various verses of the Bible by quoting a little here, a little here. But surprisingly, the Bible already prophesied that such argument would appear and they would be snared and fall backward.

From the beginning, God planned the relationship between the Old Testament as a model (shadow) and the reality, and contained the lessons, a little here, a little there. Though each of the 66 books of the Bible was written by different authors and in different times, God made them interpreted consistently sinceÂ Â they were recorded by the prophets inspired by “one” Holy Spirit. Such profound principle of the Bible gives confidence in the Bible and in God to those who realize the secrets wherein. But, those who do not realize it will fall backward, be injured and snared and captured as prophesied.

Really, the Bible is the mysterious and wonderful Word of God.