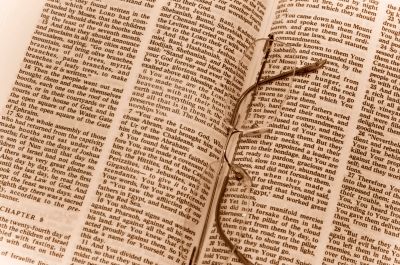 God lamented that God’s people were destroyed because they rejected knowledge.

My people are destroyed from lack of knowledge. “Because you have rejected knowledge, I also reject you as my priests; because you have ignored the law of your God, I also will ignore your children. (Hosea 4:6)

What is “knowledge” God mentioned? It’s knowledge through which we can know God.

There is no faithfulness or steadfast love, and no knowledge of God in the landÂ (ESV) (Hosea 4:1)

The people of God are destroyed from lack of knowledge of God. The Apostle Paul witnessed that the mystery is Christ.

the mystery that has been kept hidden for ages and generations, but is now disclosed to the saints.Â To them God has chosen to make known among the Gentiles the glorious riches of this mystery, which is Christ in you, the hope of glory. (Colossians 1:26-27)

In fact, everyone knows Jesus. Why did Paul repeatedly say that the mystery is Christ (Colossians 2:2)? It’s because it’s not easy to know God. Therefore, the prophet Hosea said, “Let us know; let us press on to know the Lord.”

How much do you know about God? Do you know that an amazing mystery is hidden in the last Chapter of the Bible? There are two Christs who give us the water of life:

Another amazing mystery is thatÂ the creation of the heavens and the earth, which is written in the first Chapter of the Bible, was done by “two Gods.” Let’s look at the scene that two Gods performed the Creation:

Then God said, “Let us make man in our image, in our likeness, and let them rule over the fish of the sea and the birds of the air, over the livestock, over all the earth, and over all the creatures that move along the ground.”Â So God created man in his own image, in the image of God he created him; male and female he created them. (Genesis 1:26-27)

God created male and female in the image of God. Male was created by copying the male image of God, and female was created by copying the female image of God. For this reason, in the original text in Hebrew, the word “Elohim” (“Gods”) was used. In the age of the Holy Spirit, the Spirit and the bride give us the water of life. In Revelation Chapter 21, the “bride” is the wife of the Lamb (God the Father) and is expressed as the “Heavenly Jerusalem.” The Apostle Paul testified that the Heavenly Jerusalem is “our mother.”

God the Mother is the mystery of the kingdom of heaven, which has been kept hidden for ages and generations. Those who do not know God Mother have no knowledge of God. Please press on to know Elohim God.

The World Mission Society Church of God (WMSCOG) believes in God the Father (Christ Ahnsahnghong) and God the Mother based on the Bible. Please click here for more about God the Mother, the mystery of the Bible.