Do we have to worship a wall of a city? (The World Mission Society Church of God) 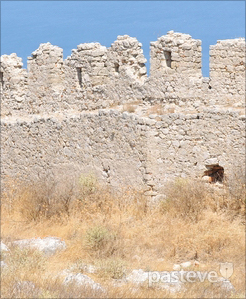 …and give him no rest till he establishes Jerusalem and makes her the praise of the earth. (Isaiah 62:7)

At a glance, some might think the above verse is about a prophecy that God will build the city of Jerusalem. But it’s just a fragmented understanding. If we look at the mate of this verse in the Scriptures, we can understand the meaning behind it.

But the Jerusalem that is above is free, and she is our mother. (Galatians 4:26)

A long ago time, the prophet Isaiah prophesied that God would establish Heavenly MotherÂ just as Adam had named his wife ‘Eve’:

Adam named his wife Eve, because she would become the mother of all the living. (Genesis 3:20)

We need to know that Jerusalem recorded in the book of Isaiah does notÂ merely refer to a city located in Palestine near the Mediterranean, butÂ also contains a prophecy about Heavenly Mother. Those who consider Jerusalem as a mere building are to fall into a big error.

Your gates will always stand open, they will never be shut, day or night, so that men may bring you the wealth of the nations– their kings led in triumphal procession. For the nation or kingdom that will not serve you will perish; it will be utterly ruined. (Isaiah 60:11-12)

Isaiah 60 is about the future glory ofÂ Jerusalem. The word “you” above refers to the city of Jerusalem. If you think Jerusalem is just a wall of a city, which exists in Israel, it’s concluded that you should worship a buildingÂ to get salvation because it’s written, “For the nation or kingdom that will not serve you will perish.”

Isn’t it strange? How can God, who forbade idolatry (Exodus 20:4), command us to worship a wall of a city? Such an error occurs because people consider Jerusalem as a mere city. They will result inÂ destructionÂ according to the warning of God regarding those who distort the Bible to their own destruction (2 Peter 3:16.)

One of the seven angels who had the seven bowls full of the seven last plagues came and said to me, “Come, I will show you the bride, the wife of the Lamb.” 10 And he carried me away in the Spirit to a mountain great and high, and showed me the Holy City, Jerusalem, coming down out of heaven from God.Â (Revelation 21:9-10)

Jerusalem in the Bible stands for Heavenly Mother, who gives us the water of life in this age as the wife of the Lamb.

The World Mission Society Church of God (WMSCOG) believes in Heavenly Mother as well as Heavenly Father based on the Bible. In this age of the Holy Spirit, we should believe in the Spirit and the bride [Christ Ahnsahnghong & Heavenly Mother] to receive the water of life.