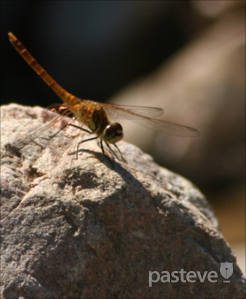 Those who deny the Second Coming Christ, Ahnsahnghong, of the World Mission Society Church of God claim as follows:

The Bible says that “Christ cannot die again.” But Ahnsahnghong passed away. Therefore, He is not the Second Coming Christ.

However, they insist such a claim because they could not understand the matter of a spiritual body and a natural boy properly and interpreted the Bible wrongly.

If we have been united with him like this in his death, we will certainly also be united with him in his resurrection…. Now if we died with Christ, we believe that we will also live with him. For we know that since Christ was raised from the dead, he cannot die again; death no longer has mastery over him. (Romans 6:5-9)

This Verse means that those who are baptized will receive eternal life which does not die as Christ died and was raised from the dead. Of course, it does not mean that a natural body will live forever. They will live forever without death as God’s children with spiritual bodies.

…and they can no longer die; for they are like the angels. They are God’s children, since they are children of the resurrection. (Luke 20:36)

The resurrection means that the natural body will be changed into a spiritual body to live for good. Just as a caterpillar is clothed with a new body of a dragonfly, so one who receives God will be changed to a new body which can live forever according to the promise of God.

Flesh and blood – visible bodies – cannot inherit the kingdom of God. It’s because we with bodies cannot enter the kingdom of heaven which is the kingdom of the Spiritual God. Therefore, the words “He cannot die again” are not about the natural body but the spiritual body.

Jesus, who had been in a spiritual body, has come a second time in the flesh as He did 2,000 years ago to bring salvation to mankind (Hebrews 9:28.) Those who truly understand and follow the will of God should at least know that the natural body is one thing and the spiritual body is totally another thing.